Nyepi – a time for self-reflection

At Fivelements, Balinese spiritual teacher, Acharya Vibhakarananda Avadhuta (Dada) tells us that Nyepi, part of the Saka calendar (from the Sanskrit Isakawarsa), has been celebrated from as far back as AD79. The book Babad Bali (the history of Bali) tells of the tolerance and unity that allowed this Hindu festival to become a fixture.

The name Nyepi comes from ‘sepi’ or ‘silent’ in Balinese, and is commemorated each year on a different date according to the Balinese Saka calendar. And this time, falls on March 9th 2016, Nyepi Day or New Year Saka 1938 is more special because Nyepi will coincide with the total solar eclipse that occurred in several regions in Indonesia, though in Bali it will only happen partially. As we know Nyepi synonymous with darkness at night, and at this time the darkness is not only happening at night but also occur during the day due to solar eclipse.

“It is indeed a very special experience to watch the different atmosphere on this Nyepi day,” says Dada. “It feels like being in another world, found nowhere else in the world. And it also gives the perfect environment for self-reflection and meditation.”

The purpose of Nyepi is to pray to God to purify the human world and the universe. “Throw away anything negative and start the New Year with something new, something positive, a new enthusiasm for the future,” encourages Dada.

During the holiday season the day following Nyepi is one of families visiting each other, offering forgiveness for past deeds, while by contrast the days before Nyepi are full of music, noise and processions.

The Melasti Ritual of purification of statues and effigies takes place three days before Nyepi, gamelan orchestras accompanying processions walking them to the ocean or nearest river for a cleansing bathe.

The most eagerly awaited ceremony is the night before Nyepi, or Pengerupukan which, each banjar (smallest level community in Bali) parades and burns theogoh-ogoh (fantastical demons created out of bamboo and papier-mâché) accompanied by music, ferocious gong playing, fireworks, bamboo bombs, symbolically rid the island of evil spirits, to purify the world entering Saka New Year. This is the equivalent of the west’s New Year’s Eve, and is a noise-filled and exciting carnival. It is the ultimate contrast to Nyepi.

On the Balinese calendar there is a day that is set aside for self-reflection. Entirely in keeping with the enlightened nature of the Balinese and their harmonious mix of spiritual cultures, when looking around at the state of our world it begs the question:

Shouldn’t this be a global phenomenon? 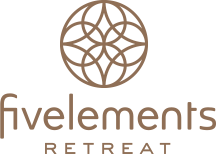